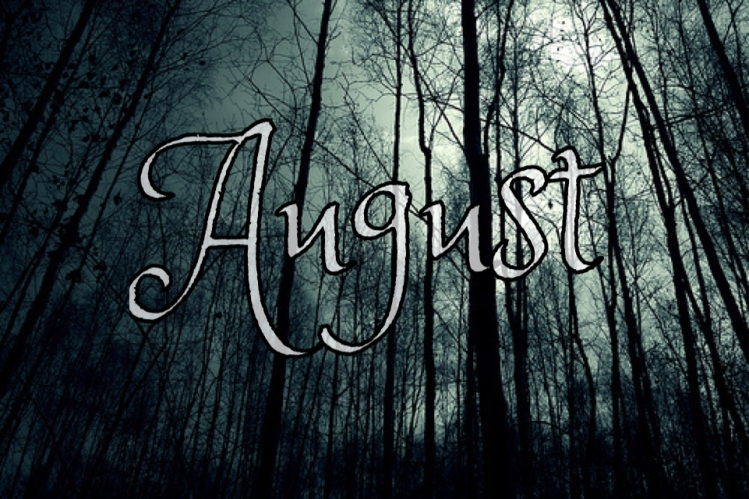 As you may have guessed by now, for the past few years I have been pursuing my dream of becoming a novelist.

I’ll get right to it. What I plan on doing at the beginning of every month is putting out how much I write each day. As you’ll see by the small amount of time I actually write, this is not to brag but more so to keep track and hold myself accountable to writing.

I expect these monthly posts to be pretty short with just the numbers for the most part but since this is my first one, I think I’ll go a little bit more deep into what I’m doing everyday.

First of all, where I’ve been and where I am.

I’ve been telling people that I have been writing my book for about four to six years. I’ve been saying that because that’s just what felt right. More time than not I was not writing. My writing would go in spurts. I’d right everyday for a week (Yay! I’ll be the next Mexican Stephen King in no time!) to not writing a single word for months (Boo! I’m a failure. I suck at everything). This stop and go — sputtering — was what I have been doing for the past two and-a-half years. Yup. I was wrong. I haven’t been writing my stupid book for six years. It’s been closer to half. It’s just felt long.

Actually, I have the exact date of when I took my writing seriously.

My buddy, Joe Daigneault, told me to by a book called Bird by Bird. So I did. I just never read it.

A few months later and a few books more I had a serious talk with myself. I was done goofing around. I needed to stop reading about theory and actually gets some words down on paper. So on March 17th, 2013 on bought a book called The 90-Day Novel (Don’t worry. I’m not some weirdo who has that date memorized, I just looked it up on Amazon).

At first, the first few days were a God’s send. I was actually writing! But then, like always, I just burnt out. But it did light a fire under my butt that I could do this and, more importantly, enjoy it.

So fast forward a few years and I am now nearing the end of finishing my novel.

Feels weird even saying that, but yeah, it’s true.

So, without further ado, here are how the stats are gonna work.

First of all, all these numbers will go towards my work in progress or journaling. Not e-mails or blog posts or anything like that. Just pure writing. And before you say, “But how is journaling writing?” it’s a very important way for me to start writing. I’m actually planning on releasing a (smaller) book made up of these thoughts because I wrote another book while journaling. It’ll be a non-fiction book that will hopefully help people get over their would be dreams and making those dreams into a reality. Sort of a self help book.

Even though I haven’t journaled much in the past few months (I’ve been piecing all the blocks of writing that I had and then filling in the blanks) I know that as soon as I’m done with this book I’m probably gonna be “stuck” and need my journaling to get out of that, so that’s why I’m leaving it there. It’ll make more sense once my non-fiction book comes out but, until then, you’re just gonna have to trust me.

But what about editing? Well, editing is a bit tricky. You see, all editing is is, reading. That’s it. All I’m doing is just rereading what I wrote. Now, some days when I do my editing I may add a few sentences and erase a paragraph or two here and there, so my “word count” will be extremely high. But again, I wasn’t actually writing for the most part, I was mostly reading.

There are other times that I sit down to edit, start writing, and then don’t stop. The editing has gone to the writing world.

Most times this than not it’s a mix of the two. So the important thing is to actually do it. Now that I am editing, my writing has become better and faster. When you have all this writing that needs to get a pass, it feels as if you have a mountain of a to-do list, so big, you don’t even want to touch it. So now that I am doing this, my writing has improved, both in substance and in speed.

Since I edit faster than I write, here is my new daily goal. My high end goal is to write 1,000 words per day and edit 1,500. My low goal is either or. Either write 1,000 words per day or just do some editing. But at the end, I’m aiming for that half hour mark. And yes, my goal is to push it. I’d love to be able to sit down and write for two hours straight. Hopefully I can get there sooner than later but for now, it’s just skipping a TV show and just writing.

One last thing. I’m also keeping track of the time. I am finding that my usual time to write is about seven pm or later. Right now its eleven at night and I’m having a blast at writing. I find that I can’t write during work hours, even if I have the day off or some extra free time. For some reason my mind feels that my writing isn’t work so I can’t make myself do it during the day without a cloud of guilt hanging over me. So instead I write in the evenings and weekends. I love the weekends the most since I get so much more writing done.

Okay, enough yapping. Let’s get to the numbers shall we? And remember, I just started this so that’s why the numbers for August are so slim.

Do not take WPH into account, just the Daily Count and Monthly Words. WPH is just a speed thing that is attached to this spreadsheet I downloaded.